Senator Elizabeth Warren made a “wealth tax” on net worth one of the defining proposals of her unsuccessful 2020 presidential campaign. Now, the staunch progressive is using her new perch on the Senate Finance Committee to introduce a wealth tax at long last.

Warren’s wealth tax would affect families with assets of $50 million and greater, Fox Business reports. It would start at a 2 percent annual tax, but add an additional 3 or 6 percent levy on those with assets totaling $1 billion and more.

Other progressive lawmakers like Senator Bernie Sanders have long supported similar proposals, and it is projected that Warren’s wealth tax would apply to roughly 75,000 American families. 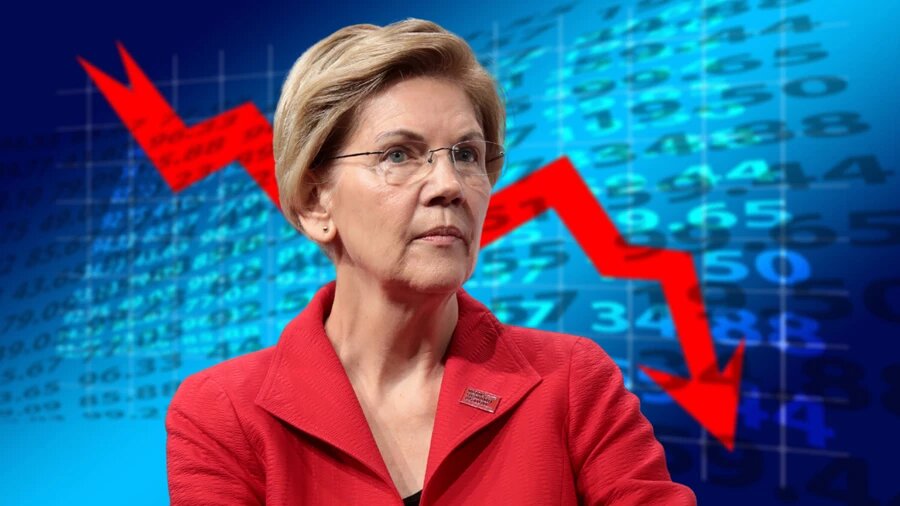 At first glance, average Americans might understandably think this tax only marginally hurts the wealthy, not anyone else, and shrug their shoulders. But top economists exclusively interviewed by FEE warn that this proposal is deeply misguided and counterproductive.

For one, taxing something discourages it, economists said, the same way cigarette or carbon taxes are designed to discourage smoking and CO2 emissions.

“There will be less of whatever is taxed,” Texas Public Policy Foundation chief economist Vance Ginn explained, calling a wealth tax a “terrible” idea. “Taxing wealth is just another flawed redistribution approach masked as good tax policy as it will destroy wealth creation and the incentives to save and invest, which are fundamental to human flourishing.”

Of course, voters might imagine a levy only being applied to the vast wealth billionaires have tucked away, hoarded and not being utilized for societal gain. Cato Institute economist Chris Edwards told me that’s not how wealth works.

“Proponents of wealth taxes seem to think that the wealth of rich folks is gold bars hidden under their beds,” Edwards said. “In fact, looking at billionaires, only 2 percent of their wealth is accounted for by their personal assets such as homes, yachts, and airplanes. The vast majority of their wealth is in productive business assets that generate output for the economy. So the wealth at the top represents active investment that generates jobs and incomes for all of us.”

“Why punish and penalize investment with a wealth tax?” he asked. “It’s much better for the rest of us if the rich invest their wealth into business growth rather than to consume it. A wealth tax would encourage consumption, which would be counterproductive for the economy.”

“Less [wealth] would be available throughout the financial system to fund business loans, mortgages, and other loans that generally support new jobs, wage gains, and lower prices,” he said. “Those who will likely feel the brunt of the cost of this tax the most are the non-wealthy.”

A wealth tax “might make for a great political slogan,” the Heritage Foundation’s Joel Griffith added, “but it actually incentivizes the well-off to spend more of their resources now on consumption, instead of investing those resources in ways that will help grow and strengthen the economy and create jobs down the road.”

In fact, wealth taxes have failed across the world where they’ve been tried.

“Warren's proposal has a dismal track record in other countries that have attempted wealth taxation,” Senior Research Fellow at the American Institute for Economic Research and economic historian Phil Magness warned. “It simply encourages the wealthy to relocate abroad, taking their businesses with them.”

Economists say that’s why the global trend has not been passing wealth taxes, but repealing them. Edwards pointed out that in 1990, 12 European countries had wealth taxes. Now? Just three still do.

“Even most of the leftist welfare states in Europe have repealed their wealth taxes because of the complex administration, the negative impacts on growth, and the encouragement of avoidance and evasion,” Cato’s Edwards concurred.

With the economy still struggling to rebound from COVID-19 and crushing government lockdowns, the timing for such a proposal couldn’t be worse, some warned.

“Wealth taxation would only exacerbate [ongoing economic turmoil] by creating an overtly hostile business climate and hampering economic recovery, which translates into persistent unemployment for those already reeling from the punitive effects of lockdowns on the job market,” Magness concluded.

The most ironic part of all? Warren’s wealth tax isn’t even an effective way of raising revenue to fund government programs, the economists said.

“On the unlikely chance that Warren's proposal survived a constitutional challenge,” Magness said, noting the tax’s likely unconstitutionality, “we may reasonably expect to see a similar outcome to what several European countries experienced under their own wealth tax experiments in the last few decades: an exodus of wealthy residents who often take their assets and businesses with them, resulting in a revenue stream that consistently falls short of projections.”

“The wealth tax won’t come close to paying for the promises of the progressive agenda,” Griffith added. “Even the more than $4 trillion in capital over 10 years estimated to be confiscated under one version of the plan covers less than ten percent of the estimated costs of a variety of the big-government proposals of the 2020 presidential campaign.”

Elizabeth Warren’s wealth tax might play well with the progressive base and successfully tap into rising populist sentiment. But economists know it’s a severely misguided proposal rife with unintended consequences that would hurt all Americans—not just the wealthy.