New Zealand’s experience is one of numerous examples in which socialism caused ruin that capitalism then fixed.

(Editor's note: A shorter version of this article was recently published in both English and Spanish at ELAMERICAN.COM).

For producing both material goods and personal fulfillment, freedom makes all the difference in the world. One country that proved that convincingly in the last 40 years is New Zealand. It is a model from which nations the world over can learn a great deal.

Situated in the South Pacific midway between the equator and the South Pole, New Zealand is two-thirds the size of California. Its 5.1 million inhabitants live on two main islands and a scattering of tiny ones. From my multiple visits there, I can confidently claim it to be among the world’s most geologically diverse and beautiful destinations. 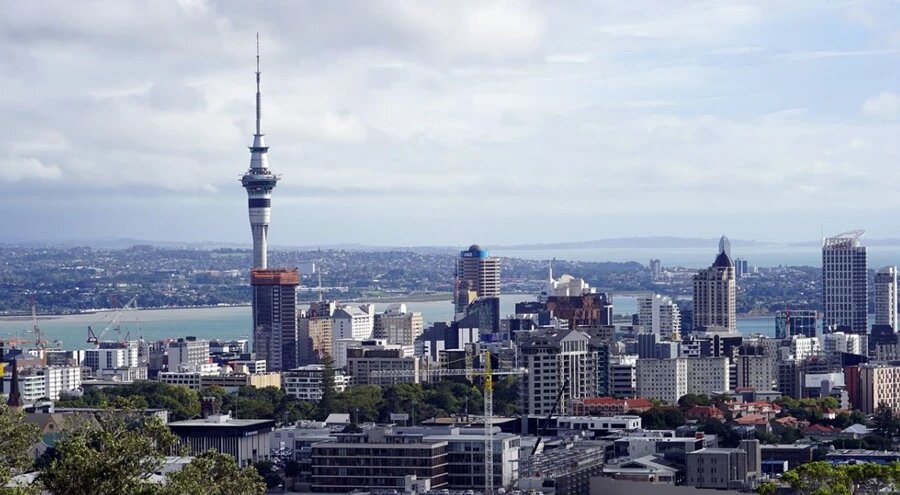 In 1950, New Zealand ranked as one of the 10 wealthiest countries on the planet, with a relatively free economy and strong protections for enterprise and property. Then, under the growing influence of welfare state ideas that were blossoming in Britain, the United States and most of the Western world as well, the country took a hard turn toward government control of economic life.

With economic ruin staring New Zealand in the face, the country’s leaders in 1984 embarked upon one of the most comprehensive economic liberalization programs ever.

The central government in those years established its own monopolies in the rail, telecommunications, and electric power businesses. About the only things that grew during the period from 1975 to 1983 were unemployment, taxes, and government spending. This was the “democratic socialism” that Bernie Sanders admires, but which New Zealanders eventually realized was a national calamity.

With an endless roster of failed government programs and economic ruin staring them in the face, the country’s leaders in 1984 embarked upon one of the most comprehensive economic liberalization programs ever undertaken in a developed nation. The two heroes most responsible for this radical redirection were Roger Douglas and Ruth Richardson—a story told by Bill Frezza in this video.

From the mid 1980s into the 1990s, the New Zealand government sold off dozens of money-losing state enterprises.

Another hero of that day was economist Roger Kerr. His son Nicholas lives in Dallas, Texas and is an adjunct scholar with the Lone Star Policy Institute. Nicholas delivered a fascinating speech in January 2020 in which he explained his father’s pivotal role in saving New Zealand from socialism. He points out that among the maze of stupid regulations the socialists imposed, “you needed a prescription from your doctor if you wanted margarine.”

In another documentary narrated by Swedish author Johan Norberg, the New Zealand transformation is explained beautifully. It also does a fine job depicting the socialist nightmare that prompted the free market reforms. It ought to be mandatory viewing for any course in “economic development.”

All farm subsidies were ended in six months. Tariffs were cut by two-thirds almost immediately (today the average tariff is just 1.4 percent). Most imports enter the country completely free—or very nearly so—of any quota, duty, or other restriction.

Taxes were slashed. The top rate was cut to 33 percent, half of what it was when the big government crowd was in charge. The books were finally opened so people could actually see what government elites in Wellington were spending their money on.

From the mid 1980s into the 1990s, the New Zealand government sold off dozens of money-losing state enterprises. The government workforce in 1984 stood at 88,000. In 1996, after the most radical downsizing anywhere in recent memory, its public sector workforce stood at less than 36,000—a reduction of 59 percent.

Establishing a new business in New Zealand was made quick and easy, largely because the regulations that were not abolished were finally applied evenly and consistently. At the same time, compulsory union membership was abolished, as were union monopolies over various labor markets.

The dramatic changes paid handsome dividends. The national budget was balanced, inflation plummeted to negligible rates, and economic growth surged ahead at between 4 percent and 6 percent annually for years.

New Zealand’s national government bobs back and forth between the major political parties but the reforms of nearly four decades ago have remained largely intact. By some important indexes, the country is in a remarkable and enviable position.

Both the Fraser Institute’s Economic Freedom of the World Index and The Heritage Foundation’s Index of Economic Freedom rank the country as the third freest economy in the world, producing “steady GDP growth” as one result.

The Heritage Foundation’s Index reveals in its analysis of New Zealand that “Subsidies are the lowest among OECD countries, and this has spurred the development of a vibrant and diversified agricultural sector.” It also points out that “There are very few limitations on investment activity, and foreign investment has been actively encouraged.” The top personal income tax rate, at 33 percent, is right where it was when it was slashed in half nearly 40 years ago.

The Fraser Institute also ranks countries in terms of overall Human Freedom and, separately, in terms of Personal Freedom; New Zealand comes in at #1 and #4, respectively.

Freedom House’s global tally of political rights and civil liberties gives New Zealand a score of 97 out of 100, placing the country in its top category for freedom.

Reporters Without Borders rates nations according to how much freedom of the press they allow. In its latest ranking, RTB puts New Zealand at #9 in the world. Only eight countries possess greater press freedoms.

The World Bank produces an annual Doing Business Index that measures the burden of government regulations on entrepreneurs. New Zealand scores the very top position—#1 in the world for both “starting a business” and the “ease of doing business.” To open a business in the average country elsewhere in the world takes three to four times longer than it does in New Zealand.

With all this freedom, a socialist might expect New Zealand to be among the poorer countries of the world, perhaps even a cesspool of exploitation. But of course it is not.

Transparency International rates the world based on how corrupt each country’s public sector is perceived to be by experts and business executives. Once again, New Zealand is #1.

Writing in the New Zealand Herald, the University of Waikato’s Alexander Gillespie notes additional measures of New Zealand’s status, some of which are exceptional while others are more modest:

The Economist says our internet (in terms of affordability and access) is also ranked 2nd best, behind Sweden. Conversely, the last Global Competitiveness Report has us fall a spot, to 19th place. Similarly, the Global Innovation Index, recorded New Zealand falling out of the top 25, to 26th position….

For peace, in terms of societal safety and security, the extent of ongoing domestic and international conflict, and the degree of militarization, Vision of Humanity says we are ranked 2nd best, behind Iceland….

The Democracy Index, which looks at considerations such as free and fair elections and influence of foreign powers, has us at 4th best in the world. Norway, Iceland and Sweden do better….

Our happiness remains steady, as the 8th most cheerful place on the planet, says the World Happiness Report.

Home schooling is legal in New Zealand, with minimal registration requirements. Parents may use the national curriculum or choose an alternative. Its popularity is growing.

With all this freedom, by one measure or another, a socialist might expect New Zealand to be among the poorer countries of the world, perhaps even a cesspool of exploitation. But of course it is not, as anyone who understands economics and human nature would predict. The International Monetary Fund reports that GDP per capita in the land of the Kiwis is the 22nd highest in the world, while the Legatum Institute puts New Zealand in the top 10 in global prosperity.

If the gap between rich and poor concerns you, you should be happy to know that New Zealand scores relatively well by that indicator too. The Gini Coefficient, crude though it may be, is the most often cited representation of a country’s wealth inequality. It ranges between 0 (everyone has the same income) and 1 (one resident earns everything, nobody else earns anything). World Population Review claims that New Zealand’s Gini is 0.672, better than the world average of 0.74. The same index reveals the country with the best Gini in the world is the U.S., at 0.480.

New Zealand’s Labour Party Prime Minister is Jacinda Ardern, who is often regarded overseas as more “leftist” than she has governed at home. Though more sympathetic to public sector spending than the opposition ACT or National Parties, she earned the enmity of many progressives last year for ruling out new taxes on wealth or capital gains. But in the aftermath of the Christchurch mosque shootings in March 2019, she was cheered by many on the left for pursuing anti-free speech and anti-gun measures.

A businessman and friend of mine, Emile Phaneuf, moved from Arkansas to New Zealand a few years ago. He was attracted by its economic and personal freedom. He tells me that the country has mostly lived up to his high expectations but adds a caveat: Housing regulations are a “mess.”

New Zealand’s experience is one of numerous examples in which socialism caused ruin that capitalism then fixed.

In 2018, Ardern’s government banned foreigners from buying most residential property. Landlords face a myriad of rules that restrict rent increases and force them to provide services such as broadband. In time, the housing market may desperately need the same liberating forces that fixed the rest of a once over-regulated economy.

Meanwhile, here in the Americas, Venezuela sits at the opposite end of the spectrum—dead last or close to it in every measure of freedom. The result? All the hot air from politicians there about “We will help people” has come to nothing but despair, misery, hunger, impoverishment, and tyranny. The one-way human traffic speaks volumes. It is a story of failure and human tragedy that socialism produces repeatedly.

New Zealand’s experience is one of numerous examples in which socialism caused ruin that capitalism then fixed. (Germany under Ludwig Erhard after World War II is an especially spectacular one). I know of no cases in history in which capitalism produced disaster that socialism then repaired. None. The only thing socialism does for poor people, it seems, is give them lots of company. What New Zealand did, central-planning disasters from Venezuela to Cuba to California must eventually imitate to recover.

What is the big-picture lesson here? Montesquieu, the French Enlightenment thinker, summed it up in 1748: “Countries are well cultivated, not as they are fertile, but as they are free.”

Lawrence W. Reed is FEE's President Emeritus, Humphreys Family Senior Fellow, and Ron Manners Global Ambassador for Liberty, having served for nearly 11 years as FEE’s president (2008-2019). He is author of the 2020 book, Was Jesus a Socialist? as well as Real Heroes: Incredible True Stories of Courage, Character, and Conviction and Excuse Me, Professor: Challenging the Myths of Progressivism. Follow on LinkedIn and Parler and Like his public figure page on Facebook. His website is www.lawrencewreed.com.