Joe Biden Just Made COVID Stimulus a Race Issuer theory with which to explain his mistake.

If Biden enacts racially discriminatory COVID-19 aid programs in the name of ‘social justice,’ his efforts are likely to run into the same moral and legal problems that have plagued similar efforts.

“The price tag will be high,” Biden admitted in a speech on Friday. “Yes, it will be trillions of dollars… [but] if we don’t act now things are going to get much worse. We have to invest now.”

Biden went on to invoke race and racial justice as a defining factor on which he wants to structure his relief efforts.

"Our priority will be Black, Latino, Asian, and Native American owned small businesses, women-owned businesses, and finally having equal access to resources needed to reopen and rebuild,” the president-elect said. His campaign website states his intention to “Ensure all small business relief efforts are specifically designed to aid businesses owned by Black and Brown people.”

Biden and others who embrace this approach hope to address the real problem of racial inequality. Indeed, the COVID-19 crisis and sweeping government lockdowns have hit minority-owned businesses especially hard. Advocates insist that lingering inequality can only be addressed through policies that specifically treat different racial groups differently.

This comes in the context of the federal government already having spent an astounding $3.5 trillion in taxpayer money on COVID-19 stimulus efforts to date. Many of these initiatives have proven to be fraud-rife and ineffective. Yet Biden, evidently, just thinks the same initiatives need to be more racially-targeted.

It’s unclear exactly what form this will take or what the policy specifics would entail. But if Biden intends to enact racially discriminatory COVID-19 aid programs in the name of “social justice,” he’ll run into the same moral and legal problems that plague all such misguided efforts. 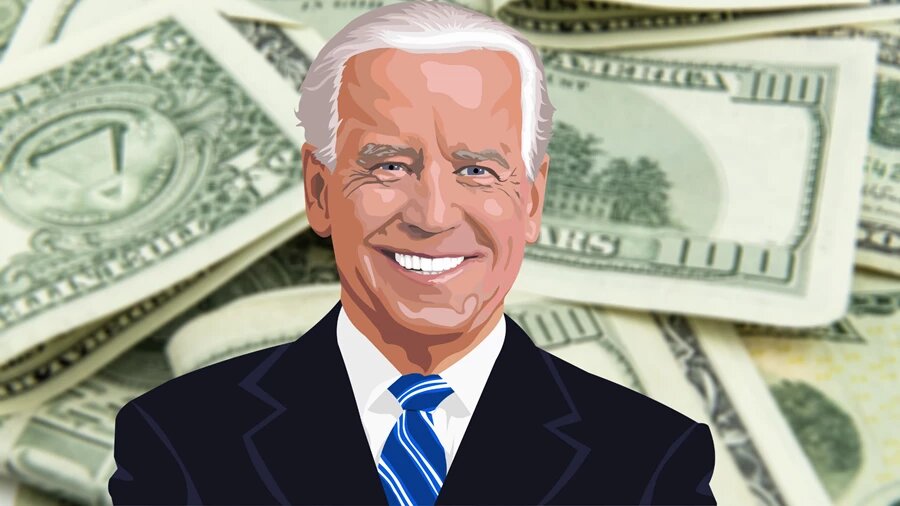 Consider the liberal state of Oregon, for example. When organizing its COVID-19 relief efforts, Oregon legislators specifically designated $62 million to only go to black citizens and business owners.

“In creating the Oregon Cares Fund, lawmakers took the rare step of explicitly naming a single racial group as the beneficiary, arguing that Black residents have been subjected to unique discrimination that put them at a disadvantage during the pandemic,” the New York Times reports.

Now, the remaining money is on hold with lawsuits pending. In the interim, it has been suspended.

“It’s discriminatory,” argued Walter Leja, a Hispanic business owner and plaintiff in the lawsuit. “It’s locking up a bunch of funds that can only be used by Black businesses when there’s a ton of other businesses out there that need access to those funds. It’s not a white or Black thing. It’s an everybody thing.”

The race-specific Oregon relief program was meant to help disadvantaged groups. But, clearly, all it really accomplished was further division, conflict, and dysfunction.

Biden and his supporters should keep this in mind. These results inevitably plague any such efforts, however well-intended, that violate the fundamental principle of a classically liberal society: equality under the law.

“For most of human history political leaders acted with near total discretion, distributing benefits and impositions among their subjects however they like,” economist Steve Horwitz explains. “One of the most important accomplishments of the liberal movement was to subject those with political power to rules.”

Horwitz concludes that under this principle, “Government must treat all its citizens equally, and nothing paid for with tax dollars may involve invidious discrimination.”

The only way to truly alleviate injustice over the long-term is to make equality under the law an ironclad principle in society. “Social justice” efforts that undermine this principle prioritize short-term bandaids over the long-term solution. They reinforce group differences and normalize racially disparate treatment.

The Nobel-prize-winning economist and philosopher Friedrich Hayek defined this kind of “social justice” as “a demand that the state should treat people differently in order to place them in the same position.”

“To make people equal a goal of governmental policy would force government to treat people very unequally indeed,” he concluded.

Joe Biden’s latest promise to prioritize certain races in future COVID-19 stimulus efforts suggest that he may make the same mistake. While the president-elect may be a Democrat, there’s nothing “progressive” about what he’s suggesting at all.