With renewed progressive scrutiny of the financial sector after the GameStop saga, House Republicans just introduced legislation to protect against the introduction of a damaging “financial transaction tax.” 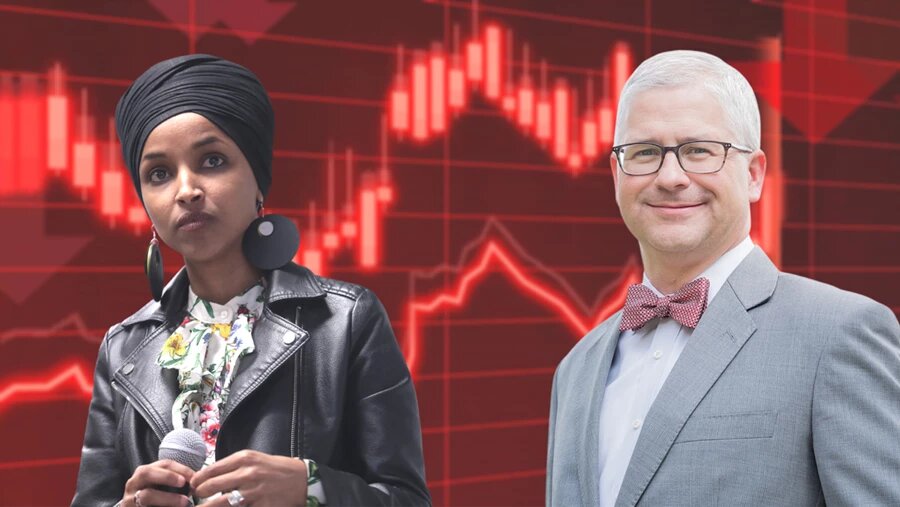 Such a tax has been proposed by legislators such as Rep. Ilhan Omar, who wants to impose a 0.1% tax on all financial transactions. A 0.1% tax sounds small, but it’s not: This tax would be applied to tens of millions of trades happening every day.

What this tax would mean is that every time an asset worth $1,000 were sold, a $1 tax would be owed, and so on. Omar projects it would raise $1 trillion in revenue and says it would curb Wall Street’s supposedly malicious behavior.

“A small tax - 0.1% - on each Wall Street trade would reduce high frequency trading, a practice which drains profits from retail investors and benefits only the very rich,” the congresswoman and “Squad” member argued. “We could use the close to $1 trillion it would generate to cancel all student debt and make college free.”

Similar proposals for taxes on financial trades have been proposed at the state and local level. For example, progressive lawmakers in New York State are pursuing a financial transactions tax so extreme that the New York Stock Exchange says it might be forced to relocate.

Led by Rep. Patrick McHenry, Republicans are working to stop such proposals in their tracks.

“House Republicans on Wednesday unveiled a bill to block a financial transaction tax after the recent frenetic trading of GameStop shares revived a years-long effort by progressive Democrats to impose a penalty on stock trades,” Fox Business reports. “The proposal… would prohibit states and municipalities from imposing taxes on transactions.”

The GOP is onto something here. A “tax on Wall Street” might sound like something that just hurts the rich, but it would actually hit the 53% of American families who are invested in the stock market, because their investments and retirements would suffer.

The point of a financial transaction tax is to discourage financial transactions. But by virtue of being agreed upon and therefore mutually beneficial, trades are actually an inherently good thing. Trades also provide people with liquidity, as well as opportunities for risk minimization/maximization in response to changing economic circumstances.

These are things we should want to encourage, not disincentivize—which is what a “Wall Street” tax would do.

“Taxing trade itself results in a kind of ‘lock-in’ effect where people hold onto the things they have, whether or not they’re the best people to actually be holding on to them,” the Tax Foundation explains. Thus, a transaction tax would reduce the total number of stock trades by eliminating the profit margin in many cases where it would be smaller than the tax. This results in lost gains of significant value, magnified across many shares.

“Because the tax would often exceed any trading profit, it would be deducted from the value of the underlying investments,” the Heritage Foundation’s David John and Curtis Dubay write. “This would reduce the investment growth of retirement and college savings plans.”

Ironically, the big Wall Street traders proponents like Omar hope to target aren’t actually the ones who will bear the brunt of a financial transaction tax. In fact, many high-volume traders at sophisticated financial institutions would just migrate their investments to financial centers outside the US.

You don’t have to take my word for it.

The Evidence Against This Proposal is Exhaustive

The nonpartisan Congressional Budget Office found that a financial transactions tax could “diminish the importance of the United States as a major global financial market” and would “probably reduce output and employment.” It also concluded that it would cause an immediate drop in the value of currently-held stock assets, a gut punch for anyone with investments.

Financial transaction taxes have failed in many places where they’ve been tried. For example, Sweden implemented one in the 1980s. In response, 60 percent of trades in the most-traded stocks moved to London instead. And because of second-order reductions in revenue from other taxes like capital gains tax, the tax ended up producing almost no net revenue.

Of course, everyday Americans with retirement accounts, pension plans, or the Robinhood app won’t be able to exploit international markets to evade Omar’s supposedly progressive tax. They’re the ones who will really be left holding the bag.

According to the New York Times, a financial transaction tax “may impose the largest costs on people who cannot afford or avoid the tax. The money management firm BlackRock has calculated that if the financial transaction tax were set at 0.1 percent per trade, an investor putting $10,000 in its global equity fund would lose more than $2,300 in expected returns over a 10-year period.”

With so much evidence and research outlining how these proposed “Wall Street” taxes would hurt the economy, reduce American competitiveness, and harm working families’ investments, it’s clear that the policy would backfire.

In many cases, progressive proponents probably do want to help the working class—but because they fail to foresee the many unintended consequences and second-order effects their sweeping interventionism would have, their plans would do the opposite.