Americans Are Wildly Misinformed about the Risk of Hospitalization from COVID-19, Survey Shows. Here’s Why

A recent Gallup survey found that more than one-third of Americans believe that at least half of those infected with COVID-19 require hospitalization. How did we get here?

recent survey found that more than one-third of Americans overestimate by as much as a factor of ten the probability a person with COVID-19 will require hospitalization.

Researchers involved in the Franklin Templeton/Gallup study asked Americans in December what “percentage of people who have been infected by the coronavirus needed to be hospitalized." The correct answer is not precisely known, the authors note, but the best available estimates place the figure between 1 and 5 percent.

Many people’s perceptions of the data, however, were completely off.

“Less than one in five U.S. adults (18%) give a correct answer of between 1 and 5%,” the study authors said. “Many adults (35%) say that at least half of infected people need hospitalization. If that were true, the millions of resulting patients would have overwhelmed hospitals throughout the pandemic.”

The authors of the study say the conclusion is clear.

“The U.S. public is also deeply misinformed about the severity of the virus for the average infected person,” the study’s authors stated.

Why Are Americans so Misinformed?

The obvious question is why Americans are so wildly misinformed about the true risks of COVID-19.

One possibility is that Americans are receiving information that is skewing their sense of reality, and research confirms this hypothesis.

Studies have shown that US media in particular created a climate of fear by publishing a deluge of negative news in 2020. One Ivy League-led study found that 91 percent of US stories in major media were negative in tone (compared to just 54 percent in non-US media)—even when the virus was in retreat and positive results were being achieved.

'Those who overestimate risks to young people or hold an exaggerated sense of risk upon infection are more likely to favor closing schools, restaurants, and other businesses,' the authors note.

“The negativity of the U.S. major media is notable even in areas with positive scientific developments including school re-openings and vaccine trials,” researchers noted. “Stories of increasing COVID-19 cases outnumber stories of decreasing cases by a factor of 5.5 even during periods when new cases are declining.”

As I noted when the study was released, a global pandemic isn’t exactly a cheerful topic. Yet this fact alone doesn’t explain the discrepancy between US media coverage and non-US media. Nor does it explain why negative news trends continue even during positive developments—such as declines in cases, hospitalizations, and deaths, as well as vaccine breakthroughs.

“Enough with the 'life will never be the same' headlines,” HBO pundit Bill Maher said back in April. “Everything looks scary when you magnify it a thousand times.… We need the news to calm down and treat us like adults.”

In his work Crisis and Leviathan, the economist Robert Higgs observed that crises have been utilized to mount the biggest government power grabs in modern history. 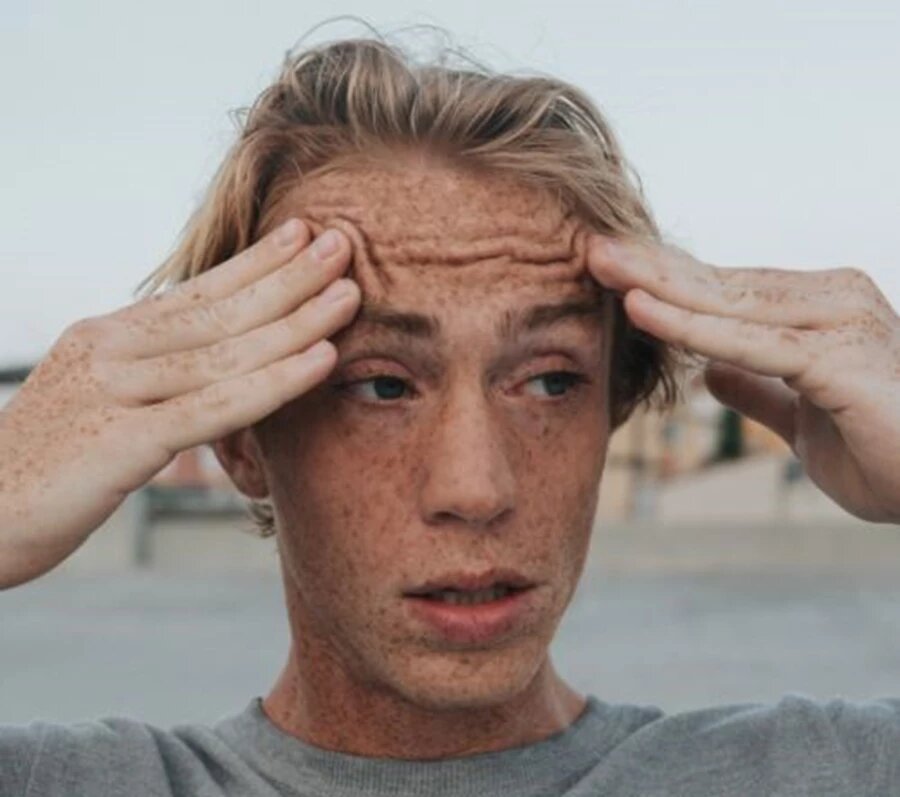 Unfortunately, authors of the Franklin Templeton/Gallup study say, the disconnect has real-world consequences.

“Those who overestimate risks to young people or hold an exaggerated sense of risk upon infection are more likely to favor closing schools, restaurants, and other businesses,” the authors note.

FEE’s Brad Polumbo recently testified before the US Senate on some of these dangers, noting that doctors across the world warn lockdowns have resulted in an “international epidemic” of child suicide.

These were policies born of panic.

“When people feel fear, they’re much more willing to accept anything that makes the world seem a little safer,” Sean Malone noted early in the pandemic in an episode of Out of Frame.

For far too long Americans were told they must sacrifice liberty by embracing lockdowns or risk mass fatalities. This was always a false choice, and a dangerous one. The reality is, passing sweeping legislation during panics is a recipe for bad outcomes. But all too often, that is precisely what happens.

In his work Crisis and Leviathan, the economist Robert Higgs observed that crises have been utilized to mount the biggest government power grabs in modern history. During the Great Depression it was the New Deal. Following the 9-11 attacks it was the War on Terror and the Patriot Act (and everything that came with them). In 2020 it was the lockdowns.

Each of these historic encroachments was driven by mass panic. In each instance, only in hindsight did it become apparent that the greater danger we faced was fear itself.

This isn’t to say there are no real threats in the world. The pandemic, terrorism, and the Great Depression were all genuine threats.

It’s only to say we must reject panic in our decision-making, and those who would have us abandon freedom for the false promise of safety.