When Ronald Koeman took over as FC Barcelona manager at the start of this season, there was a lot of talk of him not being up to the task and that he was a short term manager to handle a crisis as the club was going through an institutional that was resolved in their recent elections. This last Saturday Barcelona defeated Athletic Club Bilbao in a sound 5-0 beating in the Copa del Rey final, not only giving the Dutch manager his firs trophy with the club, but also a degree of validation to his coaching methods and to his work at the Camp Nou. 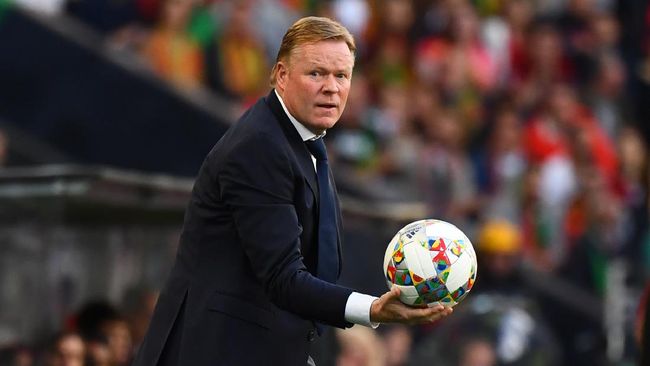 It wasn’t just the phenomenal display the Barcelona had, but rather how this Cup win has been a culmination and reward for a second half of the season where Koeman has managed to turn this situation around and get the club on a positive atmosphere for the first time in a long time. After so many years of institutional drama, of controversies, of money being wasted on players that didn’t deliver and overall dour football, Barcelona looks like they are heading in a good direction and Koeman deserves a lot of credit for that.

The Dutch manager is a club legend for his playing days in the 90s, but he has earned a lot of respect for restructuring the squad, betting on young talent and slowly improving the team’s playing style as the weeks went by. Add to that how his relationship with Lionel Messi has improved and that, along with President Joan Laporta’s victory in the elections, has given a boost to the idea that the Argentinian legend might stay next season at the club.

In a day and age where Barcelona was struggling massively to replace some of the legendary players that delivered success for so many years, Koeman has managed to add young talent like Ronald Araujo, Óscar Mingueza, Pedri, Francisco Trincão and Ilaix Moriba, injecting the squad with young hunger and a desire to make a difference after a couple of years where the team looked a bit complacent.

You can see that resuscitated hunger and desire in the way they managed to get to the final of the Copa del Rey, with a massive comeback against Sevilla and a great display against Bilbao. Add to that a major improvement in La Liga, with the club right on the heels of Atletico Madrid and while it is true that Barcelona might fall short at winning the league title, recent performances have been quite positive and it shows a manager that has managed to convinced his players, both the veterans and youth, that they can thrive under his guidance.

There is still a long way to go for Barcelona and the club needs to maintain a balance of youth development and good signings, but Ronald Koeman has made a statement in recent months that he might be the right man to deliver the goods at the Camp Nou and this recent Copa del Rey victory is very promising for the Barcelona faithful.