The X-craft class submarine is a midgate or mini-submarine built by the Marine Industries Organization of Pakistan. Made it in joint technology with Turkey. 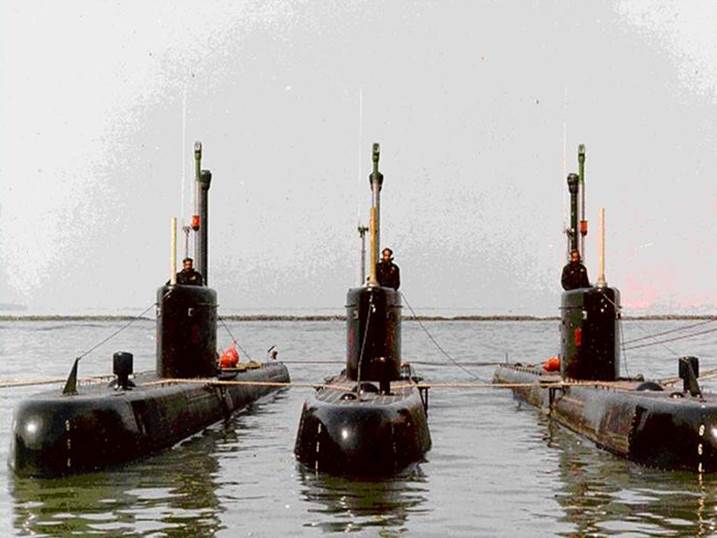 It is not a dedicated attack submarine. Pakistan built the submarine mainly for patrolling and conducting commando missions in the shallow waters off the coast of the Arabian Sea. Due to their small size, these submarines can be used to operate even at very low depths. The main task of these sabs is to go into shallow water and secretly bring down the naval commando group in the enemy's invisible coastal area for assault operation. Hundreds of millions of dollars worth of large submarines but can not do this work: :-P

At 95 feet long and with a displacement of 120 tons, this sab can stay underwater for up to 15 days continuously. The submarine has a total of 16 naval personnel, of which 8 are submarine crew, and the remaining 10 are Navy SEAL commandos. Since coming into service in 2016, there are currently unknown X-craft class submarines on hand.

Being very small in size, it is a bit difficult for Active Sonar to identify. And since the maximum wrench of any medium-frequency active Sonar is 4-5 km, the possibility of X-craft class detection with active Sonar is very low if it is in deep water. In addition, the last two X-craft class submarines that came into service in 2018 used 'sonar-evading technology' to protect the enemy ships from passive gold.

First of all, the X-craft class is specially designed to run in very little water. It is a salvo water submarine, meaning it is perfect for use in coastal areas or rivers. This submarine can easily conduct commando missions in shallow water like narrow rivers or canals running through coastal river.

Although it is not an attack submarine, it is also small in size, but the armor facility of the submarine is quite good compared to that.

This submarine range is 550-700 kilometers. These submarines missiles can be used in both anti-ship / land attack rules. There is no extra launching platform in the X-craft class for launching missiles. The missiles are inserted into an airtight booster tube and fired through a torpedo tube. The booster tube came open on the surface of the water and the missile came out and ran towards the target. This means that cruise missiles can be fired from the X-craft class even in submerged conditions.

The submarine carried two Pakistan-made 533mm high-speed torpedoes. It's a wake homing torpedo, meaning the torpedo will run behind the target just like a missile. The anti-jamming facility has been added to these torpedoes that came into service in 2015. Homing guidance, high speed, and anti-jamming will not work against the enemy ship's zigzag method or jamming system. The only way to escape this torpedo is to use a high-quality 'Dekay' (if the enemy has a Dekay). The Welfare heavyweight torpedoes use 250 kg high explosive wheelers, capable of sinking a maximum of 10,000 tons of ships/submarines within a 30+ km range.

Many of you ridicule the X -craft class submarine, while it carries the fastest and gold-event torpedo in the world ...!

It is understood that their ability is relatively good compared to the size of these submarines. The submarines are built by Pakistan itself so the price is reasonable. The biggest thing is if you can make a lot of submarines of this type yourself at low cost then what is bad? And not just on paper, Pakistan is making more X-craft class submarines despite having many more models as these sabs are performing as expected in practical use.