THE ONLY TRUE AND FAITHFUL GOD

THE ONLY TRUE AND FAITHFUL GOD


"Say to them that are of a fearful heart, Be strong, fear not behold your God will come with
vengeance, even God with a recompense, he will come and save you" (Isaiah 35:4). 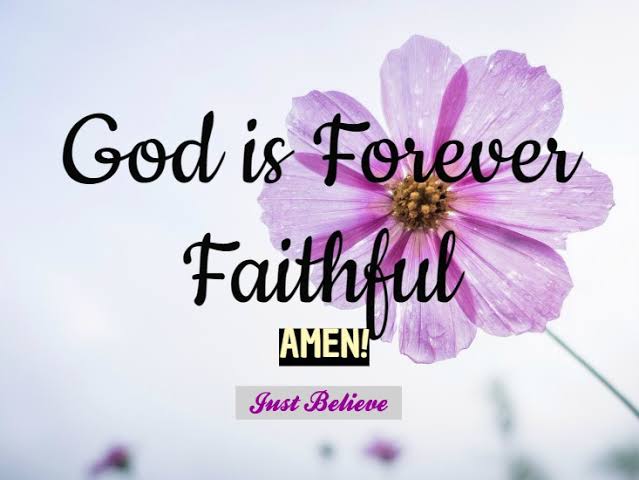 Our God, the Almighty God, is the only God that makes a promise to His children and fulfills His promises faithfully, however long it takes. He cares so much for those who faithfully and patiently wait on Him. A brother told me a story of what happened to him years ago. He was passing through difficulties and it got so bad that one day he did not have food to eat or money to buy. He prayed and God assured him that He was going to provide for him. He waited till late evening and decided to go in without food. He locked up and went to bed in empty stomach.

But shortly after, he heard a knock on the door, then he opened; it was a brother, a member of their church, Assemblies of God in a city in Igbo land. The brother said God could not allow him to sleep but kept persuading him to go and give him financial help. The brother that had gone to bed without food bought some food that night and still had enough money as balance.

When God says a thing to any child of His, that child of God should believe Him. Life may become tough and unbearable but He knows how to make way for His own. The brother in the story above was visited according to God's promise. It really appeared as though the Lord will not keep His promise, the brother had locked up, ready to go in without food. Infact, he said he never felt disappointed but was ready to turn the night into prayer night. But God came in His time. God in our text today says His children should not panic that He will always be there to help. He says, "I will strengthen thee: yea, I will help thee...." Let these words placate those worries and fears. What He said/says, He will do, that He will surely do.

Believe God in every situation, He is faithful.