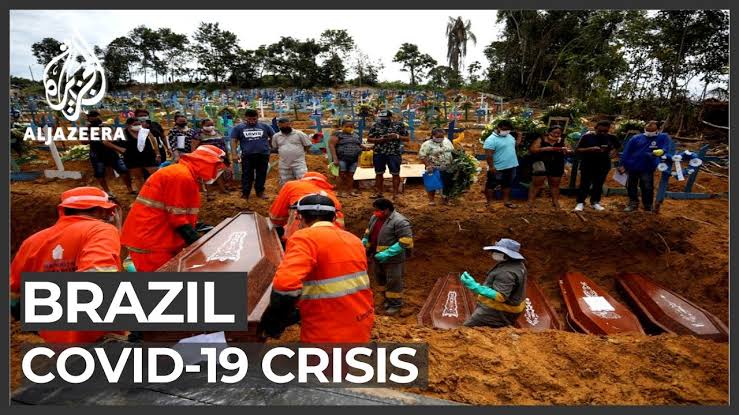 Death cases due to Corona virus infection in Brazil have reached 200 thousand cases. This makes Brazil's death rate the second highest in the world.

Reported by AFP, cases of death due to Corona virus infection in Brazil have reached 200 thousand cases. Brazilian authorities recorded 87,843 positive cases of Corona and 1,524 deaths in the past 24 hours. A total of 200,498 have died due to Corona, this makes the death rate in Brazil now the second highest in the world.

Due to the severity of the Corona case in Brazil, the tightening continues to be applied. The Brazilian government has been criticized by a number of parties for its uncertain handling of the pandemic.

This condition is exacerbated by the uncertainty of vaccinations. This is because Brazil has not yet determined a vaccination schedule. Currently Brazilian Health Minister Eduardo Pazuello said the best scenario for vaccination is on January 20.

And now Brazilian President Jair Bolsonaro is now in the spotlight. The anti-vaccine movement also began to emerge. Although the Brazilian government is still struggling to get enough vaccine doses for Brazil's 212 million population.

That is the brief information that I can share about currently in Brazil Translucent 200 Thousand Cases of Deaths Due to Corona, I hope this information is useful.